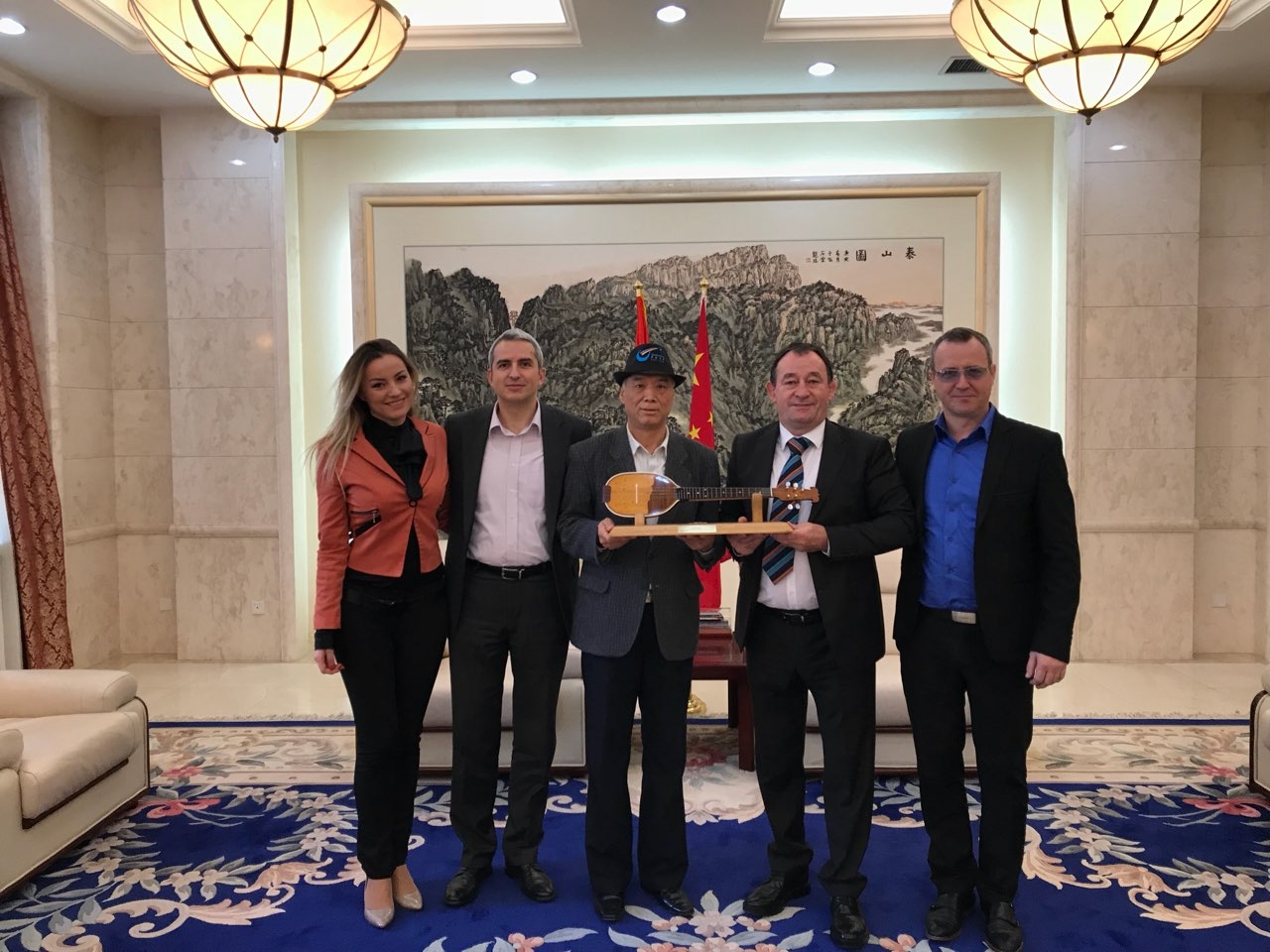 TAMBURITZA FEST AT THE CHINESE EMBASSY IN BELGRADE

CHINA, FEATURED COUNTRY AT THE FESTIVAL

THE People’s Republic of China is this year’s “featured country” at the 11th World Tamburitza Fest 2018, which will be held from June 20 to 23 at the Petrovaradin fortress in Novi Sad. This was confirmed yesterday by H.E. Mr. Li Manchang, ambassador of the People’s Republic of China in Serbia and Jovan Pejčić, director of Tamburitza Fest, who also made plans for cultural cooperation in which our tamburitza orchestra will perform in the world’s most populous country.
Tamburitza Fest has 1,350 million new friends, says Pejčić. This year’s festival will open with an all-night performance by the China National Ensemble from Beijing, at Trg slobode (Liberty Square) in the center of Novi Sad on June 21, which is World Music Day. His Excellency Mr. Li Manchang was gifted the tamburitza on which Danilo Ninković, the music editor of the festival, played an instrumental number. The ambassador recognized the melody right away – it was the traditional song “Osam tamburaša…”. We are all ecstatic about the upcoming collaboration with Chinese musicians.
Last year, which marked the 10th anniversary of the World Tamburitza Festival, the “featured country” was the Russian Federation, and the event in Novi Sad was opened by the National Ensemble of Traditional Instruments from the Moscow Philharmonic Orchestra. In this way, Tamburitza Fest has once again established Novi Sad as the European Capital of Culture 2021.