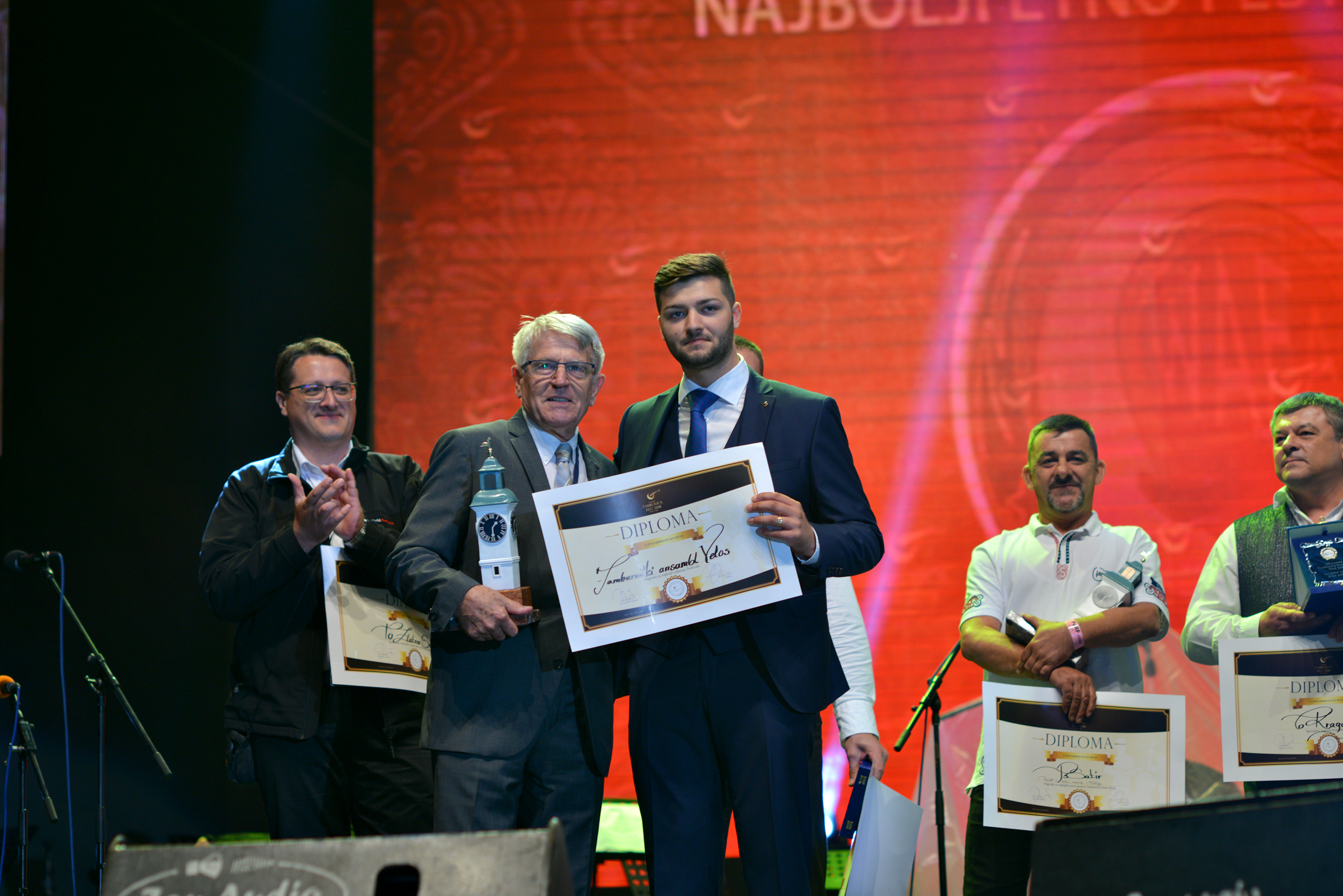 AFTER THE RAIN – A SHOWER OF AWARDS

DAY THREE:  Presentation of awards for the best participants in the competitive part and an amazing concert by Marija Šerifović in the non-competitive part of the festival

Tamburitza Band Velos received the award for The Best Festival Orchestra and the best new song was Prodat ću kola, vrance i polja performed by the Tamburitza Band Satir.

The award for The Best Begeš Player was presented to Miroslav Adašević of Tamburitza Orchestra Sremska banda.

While the awarded participants took photos with the audience and colleagues, Marija Šerifović, our only Eurovision Song Contest winner, began her concert with the song Pametna i luda, and proceeded to tell the audience:

“If only we had more festivals like this one! I would like to congratulate the organizers on their 11thfestival and wish them many more festivals in the years to come!”

Hits such as Sama i nervozna, U Nedelju, Deo Prošlosti, Ti možeš sve resonated throughout the Petrovaradin fortress, and another night at Tamburitza Fest went by without rain and clouds and ended with songs, music, and a roaring applause of thousands of visitors.